COMMEMORATION ON THE 26TH ANNIVERSARY OF THE AMIA BOMBING 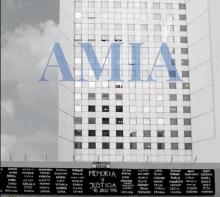 The Argentine Republic and its Embassy in Washington, DC Commemorate the 26th Anniversary of the AMIA Bombing

This week, Argentina’s leaders, its Embassy in the United States, Members of the U.S. Congress and Jewish organization representatives from both countries commemorated the 26th anniversary of the terrorist bombing of the AMIA Jewish community center in Buenos Aires. This heinous attack on the Asociación Mutual Israelita Argentina, which occurred on July 18, 1994, took the lives of 85 people and wounded hundreds more.

“The AMIA bombing was not only an attack against the Jewish community, it was an attack against Argentina,” President Alberto Fernández said during a public forum hosted by the American Jewish Committee on July 16. “We need to know the truth. Without truth, we cannot obtain justice.”

Complementing President Fernández’s remarks, the Embassy of Argentina in Washington, DC, is releasing on the eve of the anniversary a 30-minute video production featuring reflections and remembrances by distinguished leaders from both countries. In introducing the video program, Argentine Ambassador Jorge Argüello states that since its inception, Argentina has been committed to “welcoming communities which contributed to the formation and progress of our society. Among them we count Jewish immigrants and their descendants, who have played a substantial role in creating our pluralistic identity, based on peaceful and tolerant coexistence.”

Participants in the video production join Ambassador Argüello in commemorating the anniversary, paying tribute to those who lost their lives, and reaffirming a shared determination to combat terrorism. They include:

In closing the program, Ambassador Argüello notes that “What we have heard today reaffirms our shared determination to end terror in all its forms. Argentina will never let the AMIA attack fade into oblivion. Let us remember and honor all the victims.” The video then concludes with a moment of silence and montage of the names and photographs of the 85 victims of the AMIA bombing.